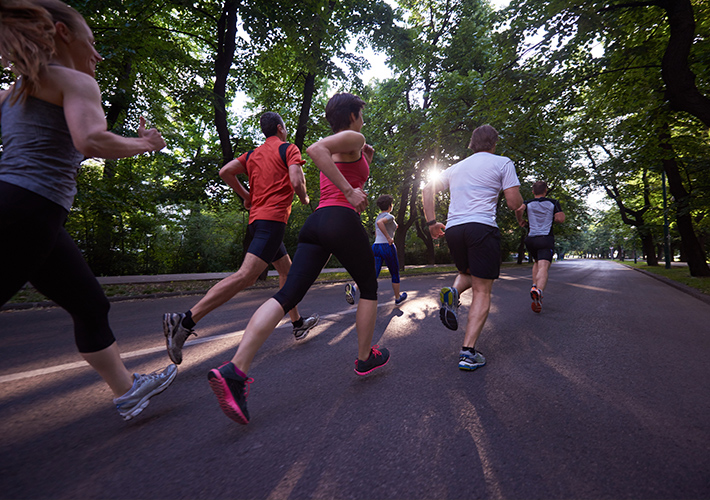 This year technology played a leading role in the management of the Cork City Marathon with Tetra Ireland providing the communications programme. The event was a special one for the Tetra team as they facilitated the co-operation of four voluntary medical agencies, The Irish Red Cross, St. John Ambulance, Order of Malta and The Civil Defence Ireland under the one system for the very first time.

Ahead of the event Gina Johnson Event Manager of the Irish Examiner Cork City Marathon was enthusiastic about the management of the emergency services on the day thanks to the available technology.

We have an exceptionally well organised and trained medical team, led by Dr Jason van der Velde and coordinated by Michael O’Reilly (St John Ambulance). Over 120 medical responders from the Civil Defence, St John Ambulance, Order of Malta and the Irish Red Cross will be working as one to ensure you get the best care should you need it. We’re extremely grateful to all for the co-operation, time and training they’ve put into preparing for race day. Special thanks to Dr Jason, Stephen O’Flaherty and Cathal O Mullane on that front . In what we believe is a first, the team will operate under one communications system. Thanks to TETRA Ireland, our medical communications will be on the one ultra reliable radio system. TETRA have also generously provided us with their AVL tracking system so that our Control centre will know where the responders are at all times.'

Tetra Ireland's communications programme meant all vehicle movement could be monitored from a screen in the control room at Cork City Fire Brigade headquarters. Tetra's automated vehicle location system for use with the TETRA radios meant that "the location of all live moving assets" like ambulances, paramedic vehicles, first responder vehicles, bikes and golf buggies that were used in the logistics of the event could be viewed in real time in the event of a major emergency.

Efficient communications between agencies meant that the event ran smoothly, even with a record number of participants of over 7,000 out on the course. Working alongside the medics were over 250 voluntary race stewards and 140 water station attenders.

On the day up to 57 runners were treated for injuries at the ‘field hospital’ and across the race course with the majority presenting with heat-induced hyperthermia, displaying temperatures of up to 40 degrees. Over 100 medical voluntary staff were present to aid runners on the day.

They took part in months of preparation between attending logistics meetings and medical education meetings. We are chuffed at how well the day came together. It is such a great event in the Cork city calendar.